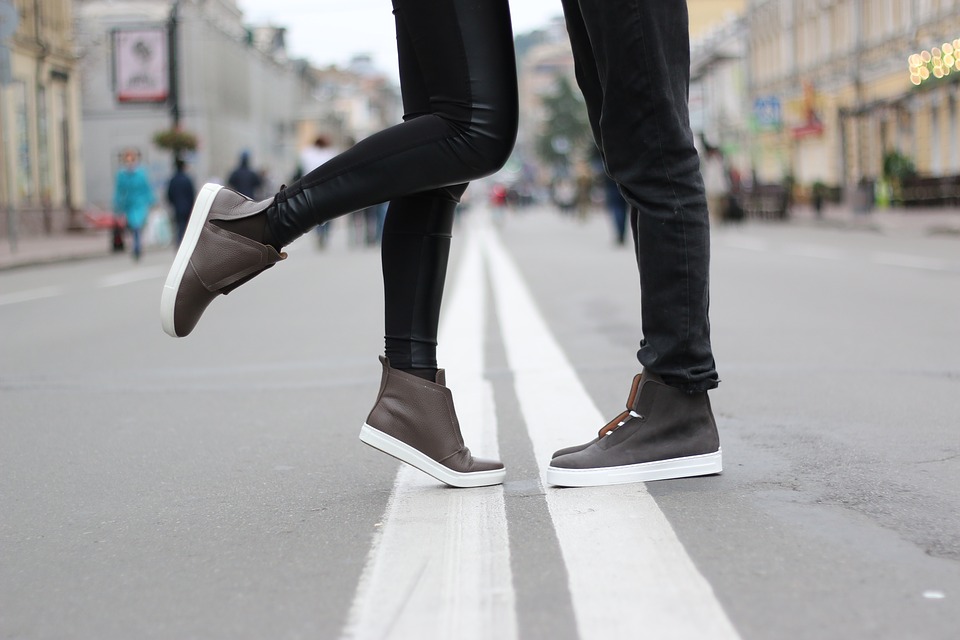 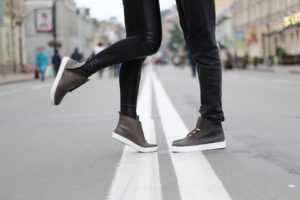 Walk a mile in my shoes, please. Or is it put yourself in someone else’s shoes? Either way, the phrase encourages you to look at the world through someone else’s eyes, or point of view, (POV for short). Not only is this important in everyday life, but equally important in writing.

Early in my career, I was known as a “head-hopper.” This is someone who jumps from one character’s point of view to the other. After all, I was emulating bestselling authors I loved to read. Now that I’ve learned a few things. “Head-hopping” is actually called an Omniscient point of view.

I choose to write in third person POV, which only gives you the thoughts of the hero, heroine, or the villain if there is one. So if one of those characters don’t see what’s happening, I can’t write it. Think of it like being in a room by yourself. You can’t see someone walking behind you, but you CAN hear the scuff of shoes or shuffle of feet.

The majority of my work is done in third person. I’ll be honest, third person isn’t really a preference. it was a choice. And as I’ve grown as a writer, I prefer third person omniscient. When I read stories in which this technique is used it gives the plot a deeper texture. Think of the character who professes his love to his wife. Wife says the same thing but thinks something contrary. Not only do you have conflict, but there’s an elevated level of tension in knowing that the wife has this secret, but how and when will the husband know the truth?

There are many choices of POV: first person, second person, (truthfully, I haven’t seen this one in action), third person, omniscient, and third person omniscient. I’m sure there are more out there, but those I’ve mentioned are the most familiar. So before I write a scene, I need to walk a mile in my character’s shoes, whether they’re stilettos or a pair of Timberlands. I need to know how they’ll react to their situation. As for me, give me a comfy pair of Skechers any day.

What had she agreed to? #MFRWhooks

Haunted by nightmares, Sheridan Sinclair just wants to get through one night without reliving the terrible accident that led to her miscarriage. And she longs for the arms of the man who betrayed her. Matthew Sinclair has always loved his wife, but when she refuses to speak to him after her accident, he's left to wonder what went wrong. When a stolen kiss ignites their forgotten passion, he'll use their love as a means to get her home and in his bed again. Will a husband’s plan of seduction be enough to heal a wife’s broken heart?

Matthew rubbed his eyes. Sheridan always had the ability to make him ache. From the first moment he saw her, she exhilarated him. Even after all these months, she made him feel alive and all was right with his world again.

But something about her was wrong and not just the brace he glimpsed on her wrist. She wasn’t the same Sheridan. Something traumatic happened to his wife. Maybe it was the accident, maybe not, but the tragedy was enough for her to avoid him, enough to lose weight. He tried to comprehend the possibilities, but he wasn’t the type of man to jump to conclusions. He leaned over and picked up the phone, breathed deep, and dialed her number before he lost his nerve. 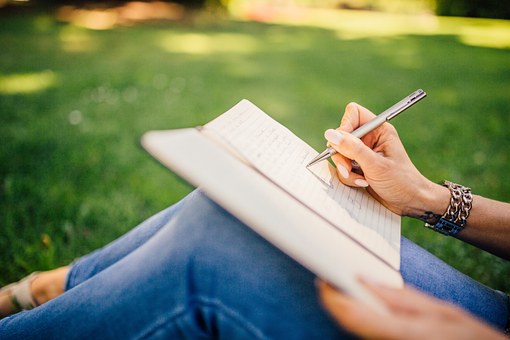 “Come here and let me tell you something.” How many times have you heard that?? When I got serious about publishing, which was in the late 90’s early 2000’s, there wasn’t a lot of readily available information. I had no idea there were publications specifically for writers and ‘how to’ guides. The best thing I knew was to send a letter to the address printed on the front matter of my favorite books.

One of the first pieces of advice I received was to find a critique or crit partner. (*gulp*, you mean, I have to let someone else read my work?) So, I found one and sent them a chapter. Annnnd . . . didn’t read their comments. Why not? Yep, you guessed it, I was terrified of what they would say.

So, I found a publisher who hosted chats on a weekly basis and joined their crit group. As I gained confidence with chatting with published authors and unpublished writers, I took the plunge and submitted a chapter to the host critique group. There I met some awesome ladies who helped me polish my writing. Yes, this time I swallowed hard and read the comments that these two ladies sent me.

They were not unkind. In fact, they greatly encouraged and praised me.

The advice I would give is based on what I’ve learned, and the advice given.

First, Do NOT read the reviews, unless you have extremely thick skin, and even then, I’d advise no. The first review I ever received was negative. The reader absolutely trashed my book. Even after all these years, I can still remember being devastated that someone could be so mean. It’s different when the criticism is constructive but when it’s downright mean, it hurts.

Second, learn as much of your craft as possible and then learn some more. Writing is an ever-changing medium and what was learned five years ago, may not pertain to now. So, keep learning and exploring. And if you find a formula that works for you, stick with it.

And the final piece of advice I’ll give is to have fun. Writing may be a solitary act, but the process is not. Enjoy the research, meet new people, revel in the newness of each character and the experience they bring to the page.

So, come on, sit down and tell me a little something and I’ll do the same.