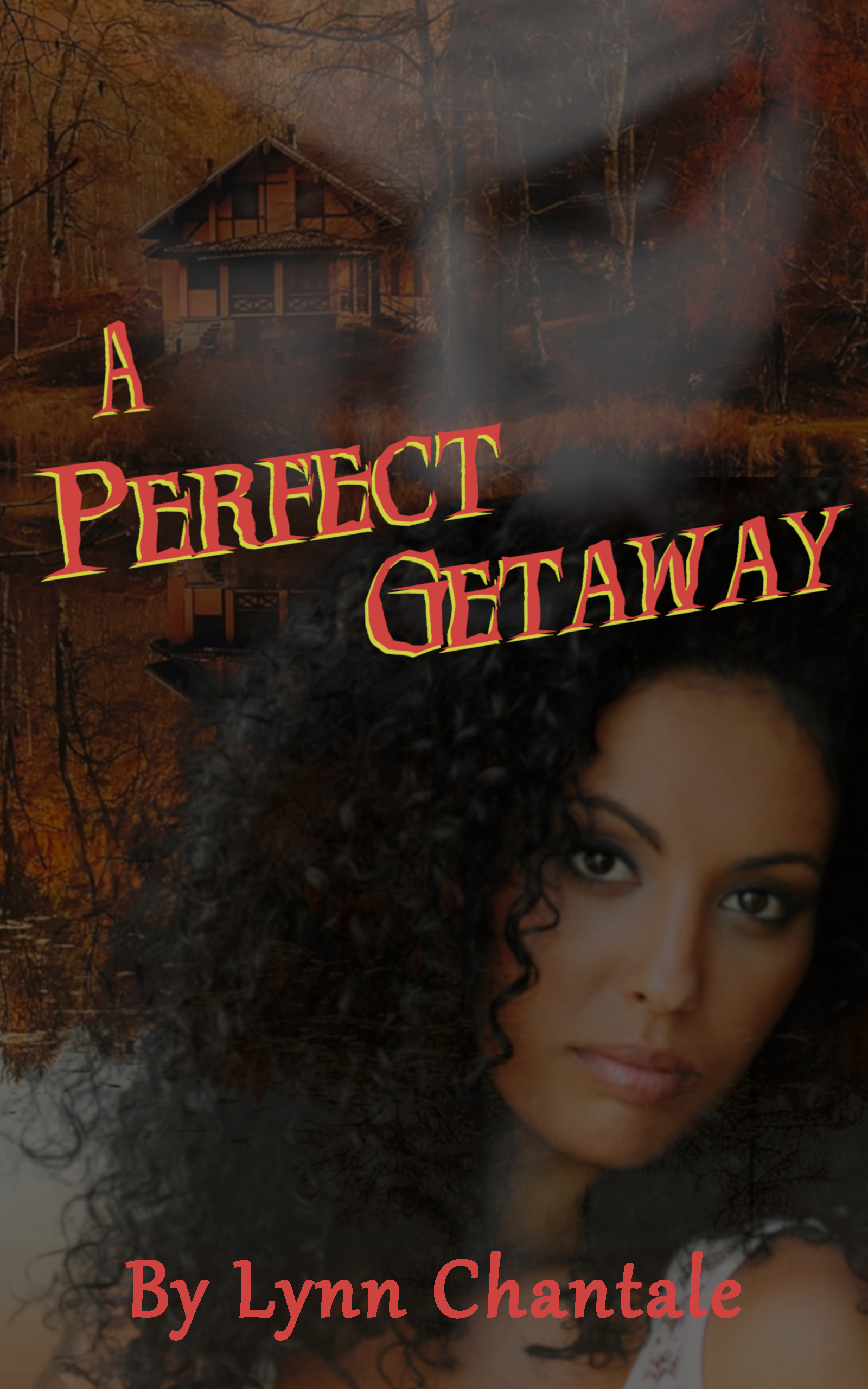 Jade is more than happy to spend the weekend getting reacquainted with Harmony, without the ghosts, but when their cabin appears haunted and the spectral inhabitant shoves their belongings to the door, she figures it’s time to leave.

The hair at the nape of her neck lifted and Jade paused in chopping the stalk of celery for soup. She had the sensation of someone standing behind her. Breath, warm and a little wet, fluttered her hair.

Floorboards creaked and something brushed her shoulder. She gripped the knife handle tighter and whirled, brandishing the blade in front of her.

Her heart raced and she sucked in a breath to steady her rapid pulse. She scanned the room. Nothing was in the area that she could see, but she felt something.

She’d have dismissed her feelings as ridiculous if strange things didn’t keep happening. Like this morning, her bathrobe had been draped at the foot of her bed, but she found the garment hanging neatly in the closet along with her husband’s and he hadn’t placed it there.

She jumped. Someone was in the cabin with her. Her hands shook.

“Harmony?” Maybe he was playing a little trick on her. He knew she didn’t care for his hobby of ghost hunting, which was one reason they were in this little cabin tucked in the woods. The other reason was so they could spend time together. And he was off fishing or chasing a rabbit in the forest, while she was being...haunted.

So why did she get the impression that someone was watching her?

She peered out of the corner of her eye, hoping to catch a glimpse of what wasn’t there. A flash of light. She whipped her head to the left. Nothing.

Snap. Thud. Fingers swept down the side of her cheek while muted laughter wafted through the air.

“This isn’t funny,” she said to the empty room.

Metal scraped against metal. She hit the light switch, plunging the room in darkness. Jade fastened her gaze on the doorknob and clutched the butcher knife to her chest. She backed away, feeling for the wall with her free hand. If she had to, she could jump out the bathroom window.

A rumble of thunder rolled overhead. And that was another thing, their romantic weekend was turning into a soggy nightmare. She just wanted to go home and leave this place to its spectral inhabitants, if it was indeed haunted.

Wind shook the windows, rattling the glass in the panes. She tensed and bit back a shriek as her back brushed the wall. The fibers of the rough hewn walls grabbed at her shirt in an attempt to hold her in place. Damn Harmony and his quest to find the supernatural. Now would be the perfect time for him to be around to tell her there was no such thing as spooks.

Click clack. Her heart thudded against her ribs so loud she feared it would jump from her chest. This wasn’t the romantic weekend her husband promised her and now he wasn’t even here. Cursing the day Harmony ever brought her to this hellhole, she flexed her fingers.

The door wobbled. She sucked in a breath. Hinges creaked. Her back hit the wall.

Sweat slicked her palms. A shadow fell across the threshold.

She raised the knife.