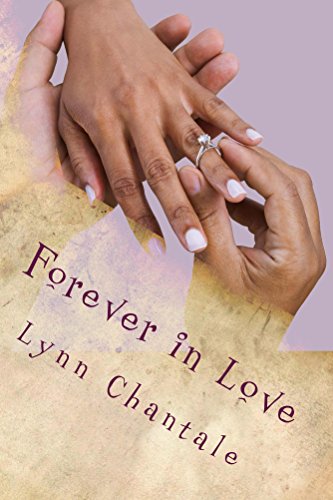 Bonnie wants a life devoid of her past, but she lost her heart to an older man years ago when she was too young to do more than wish for a knight in tarnished armor. Now that she's all grown up, maybe reconnecting with the man who holds her heart isn't such a bad idea after all.

Buck has waited a long time for the woman of his dreams, but he's nobody's hero. He's played the game, made mistakes, and paid his debt to society. Now that he's changed his ways and professed his intentions to Bonnie, his past deeds could cost him his future.

“I’m coming!” Bonnie snapped. Once the board was pried loose, she dropped the pack into the waiting opening, then replaced the wood. She stood and dusted off her clothes. She closed the closet, then yanked open the front door. A quick glance at the heavy wrought iron screen door, as much for decoration as it was for security, was sufficiently locked. She twisted the deadbolt for added insurance. “Do you have identification?”

The slightly plump, white haired woman huffed, her smooth walnut skin held tiny lines around her mouth and eyes. Those lines only deepened when she pursed her coral-lined lips. “Young lady, we’re here to investigate a complaint that there are minors in the home without proper supervision.”

Bonnie lifted her chin in defiance. “Who made that ridiculous call?”

“No, you don’t. This is my home and for all I know you could be some sort of serial killer pretending to be a social worker,” Bonnie said with a slight sneer. “I watch the news. Just last week some couple called this co-ed and said she needed to come home right away because something happened to her mother. When she left her dorm, two men kidnapped and killed her.” She shook her head. “I’m not letting you in my home.”

Behind her, Dexter’s giggle drifted to her from the kitchen and it took all her willpower to maintain a straight face at the woman’s wide-eyed shock.

With a huff, the woman and the male officer behind her produced the required items. “Now open the door.”

Bonnie scoffed. “Pu-leeze. I let you in and that gives you license to go through my underwear drawer. You can say what you have to say from here, and if I open the door wide enough you can see the whole house.”

Metal scraping concrete pulled her focus from the couple standing in front of her to the tall lean figure at the bottom of the stoop. He eased the rickety chain-link fence gate closed behind him. As she met his gaze, her breath stilled in her throat. She always loved the deep blue of his eyes, but he never noticed her and why should he? She was just a kid. Just another runner on the block whose only edict was not to look in the bag. She kept her end of the deal and he kept his, but it didn’t stop her from fantasizing about his chocolate brown hair or full lips. What would it be like to steal a kiss from an older man?

“Hey, sassy. You didn’t tell me we were having company. I’d have come home sooner,” the newcomer said shouldering his way past the couple on the porch.

Bonnie stood dumbstruck. Was he really coming to her rescue?

He twisted the knob, then patted his pockets. “I seem to have left my keys.”

That pulled her from her stupor. “Right, right. I found them on the dresser,” she replied smoothly and turned the locks. “They surprised me as well, Buck.”

Buck flashed a knee-weakening smile. “That’s all right. You should’ve called me,” he admonished as he entered the house, then leaned down to hug her.

He was a little sweaty, but not unpleasant and his scent—outdoors, fresh cut grass and musk—teased her senses. If she could hold onto him forever it wouldn’t be long enough.

“Reach in my shirt pocket and grab the envelope. Everything you need’s inside,” he whispered in her ear.

With trembling fingers she obeyed, and he shifted to mask her movements as she jammed the paper in her pocket. He released her and straightened, but kept an arm around her shoulders. For the first time since her parents walked out just before Christmas five months ago, she felt safe.

“You live here?” This was from the woman, her face all scrunched and frowny.

Buck glanced over his shoulder. “Is that a problem?”

“We thought they were unsupervised.”

“Since when did a legal adult require supervision?” Buck demanded, a hint of a smile on his lean face. “I know my girl here looks young, but she’s of age. Finished her first semester at the local college, didn’t ya, babe?”

Bonnie nodded. “Mid-terms are this week and I really need to get back to studying.”

“What exactly is it you need to see?” Buck gently nudged Bonnie behind him as he blocked the entrance.

“We need to know that the minor in the home is taken care of,” the woman said.

He glanced at Bonnie.

“Fine,” she muttered. She did not want these people in her home, but if it got them out of her hair faster than so be it.

The social worker filed in, while the officer stayed on the porch and lit a cigarette. Menthol trailed the woman into the house. Bonnie stood to one side watching her.

She opened her mouth to say something snide and Buck squeezed her shoulder. “Thank you,” she said instead. Did this heifer think everyone who lived in the hood had nasty houses with rats and bugs crawling over everything? That was not how she was raised, even if her parents decided they were no longer fit to finish raising them.

The woman nodded and continued into the kitchen. Dexter paused long enough to look up from his homework, shook his head and returned his attention to the book on the table.

“If she’s staying for dinner, I’m eating in my room,” he muttered.

Bonnie bit back a laugh while Buck chuckled then coughed behind her. “She’s not staying for dinner.”

The worker flashed a tight smile. “No, I have my own family dinner to get to.” She walked over to the cabinets and opened each one. “Kitchen seems well stocked.”

Bonnie opened her mouth and, again, Buck squeezed her shoulder. “I do my best,” she managed through clenched teeth.

The social worker nodded. “Very well. Thank you for your time, Ms. Carson, but you understand we have to check out these complaints.”

She nodded as the worker left the house. Bonnie waited until her unwanted guests walked down the porch and entered their vehicles before she confronted Buck. Fists on hips, she gazed up at him. “What do you want?”

A smirk twisted his lips. “Nothing at all, sassy.”

“Right. Tell me another one.”

He chuckled. “You’re a suspicious little thing. I was just helping.”

She tilted her head to the side. “Why?”

“Because, unlike a lot of the other people around here, you’re actually trying to make something of yourself. I can respect that.”

When he stepped closer, she held her ground. If he could intimidate her by invading her space, he was sadly mistaken. Any kind of weakness on the street and she wouldn’t last a day, and then there was her brother. His welfare was paramount. She met and held Buck’s gaze. Something flickered in the cerulean depths then disappeared before she could decipher it.

“If you were a little older, I’d tell you, but for now a thank you will suffice.”

She swallowed hard. Owing a debt to a man like Buck was not what she wanted. It was one thing to help him keep his business going, but this, him rescuing her, was something different.

Buck was dangerous. Well, to maintain his business and stature he had to be. He was the savior of a dying and dysfunctional neighborhood, keeping a semblance of order when the police were afraid to answer emergency calls. She saw him here and there, but for the most part he stayed in the shadows. And now he was in her living room playing the white knight, and she was thankful he’d given her a chance to work for him so she could support herself and her brother. Between being a runner and her part-time job at the local supermarket, she could just scrape by.

“You have a problem with that?”

“Get over it, sassy. You’re under my protection and that means no more hustling on the streets.”

She scoffed. “I don’t need your help.”

She opened her mouth and quickly snapped it shut. If he hadn’t showed up the officer and social worker would have probably forced their way in and taken them both. “Fine. Thank you.”

“My pleasure. You all right in there, young blood?”

“Yeah. I don’t like this reading thing,” Dexter answered.

“Keep at it. You’ll need it if you want to go far in this life.”

Bonnie watched the exchange with some amusement. Buck appeared to give the statement some consideration and she couldn’t wait to hear his answer.

“Then how will you know what materials to order or the architect’s specifications if you can’t read very well?”

She tuned out of their conversation as she made her way to the kitchen to finish dinner.

“I’m sure he doesn’t want neck bones and greens.” She glanced over her shoulder.

“And why wouldn’t I?” A distinct challenge in his warm honeyed voice. “Because I’m white?”

She looked at him, then at her brother and finally back at him. The thought had crossed her mind, but not just his skin color. She was sure a man like Buck would rather have a thick steak and a fat juicy potato on his plate than what she could afford on five dollars a day, if that.

Buck shifted from his post on the wall and sat at the head of the scarred dining table. “I grew up on a farm in Arkansas and we ate plenty of greens, beans and purple hull peas.”

She huffed and set a plate in front of him, then Dexter. She placed a small plate of cornbread on the table near Buck’s elbow. “And you decided Michigan would be a better place to live?”

“I was stationed here for a bit while I was in the military and after I left I never went back home.”

She filled her own plate and sat down at the only vacant chair at the table, between her brother and Buck. A sense of peace stole through her. She didn’t have many of these moments in her life and she was determined to hold on to this for as long as it lasted.