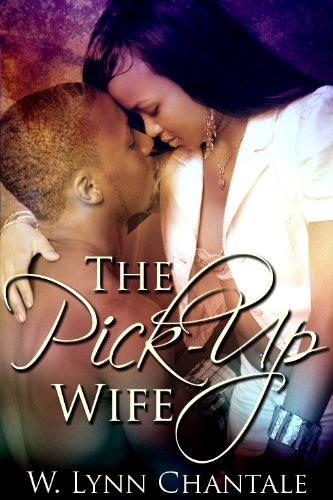 Leo Shepard has few regrets, but leaving his wife Symmone to pursue his career was a catastrophic mistake. Now that he’s achieved his every dream and is about to make partner at Greene and Banks Architects, he lacks one thing, a wife. But Leo doesn’t want just any wife, he wants the woman he left behind.
From the moment she laid eyes on Leo, Symmone knew she would have her happily ever after. The last thing she expected was a divorce and a broken heart. Devastated by the end of her marriage, she has no choice but to quit school and pick up the pieces of her life.

Working two jobs to support herself and her children, Symmone has little room in her life for romance and even less for her pulsating attraction to her ex-husband. When Leo strolls into the cafe where she works, bent on reconciliation, the chemistry between them is more powerful than ever. Yet she won't give in to his soft words and expensive gifts. More than just her heart is at stake, her children are, as well.

Her footsteps slowed as she caught a glimpse of her reflection in the windowpane. She paused long enough to straighten her dark ponytail. With a huff of disgust she dropped her hand from her ebony tresses and shook her head. She couldn’t believe she was primping for her ex. Primping!

She set the glass on the table with a thump. He looked up with a tentative smile, and she was lost. She opened her mouth to speak and not a single word came out. God, he was even more handsome than the last time she’d seen him. Gone was the youthful softness of his face. Now he had a man’s face, a jaw that spoke of strength and maturity. His brown eyes, while bright and intelligent, seemed to hold a tinge of sadness, but what drew her attention most was his mouth. How many hours had she fantasized about the taste and shape of his mouth, about the firm press of his lips against hers or the butterfly kisses he used to flutter over her skin.

The warm rasp of his rich baritone danced over her, opening wounds she thought long since healed and igniting a desire she’d hoped long dead. He couldn’t come in here, to her place of employment, and upset everything she’d ever worked for with just two words.

Everything came back in an aching, throbbing fireball, and she clenched her hands at her sides.

“What do you want?” She didn’t bother to hide the annoyance or anger in her voice.

He blinked, and his smile drooped a bit, but he managed to maintain it. “I came to see you.”

“You haven’t given a damn about me in ten years. What’s so special about now? Are you dying? Or have you come to assuage some misplaced sense of guilt? Either way, the café has very good takeout I believe you would enjoy.”

He chuckled, and it produced an ache in areas she didn’t want to acknowledge. “I suppose I deserve that, but you’re wrong, Symmone. I’ve never stopped thinking about you.” His quiet admission stayed her irritation. “And I was wrong to do what I did.”