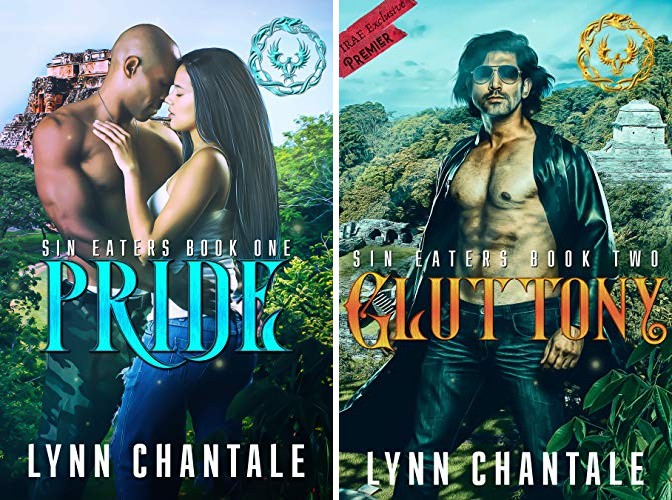 Grudgingly he had to admit Atl had been right about the view. It was breathtaking. He fisted his hands on his hips as he scanned the valley. “All of this belongs to our people. Can you imagine the power involved? The sheer magnitude of power our ancestors wielded.” Power he craved more than his next breath.

She shrugged. “Many days I have thanked the gods that I am the youngest. I have no desire to be bound to the politics and tedium of running the kingdom. It is much better that my brothers and parents think I am a pampered pretty princess,”

Huemac paused. Had she really just said that? He studied her a moment. “No, my love. I do believe people underestimate you.”

She nodded. “Exactly.” She briefly held his gaze before looking away again. “You have some ulterior motive for bringing me to the Valley of the Fallen.”

He raised her hand and kissed her fingertips. She was just a little too close to the truth. “I cannot lie, I have.” He offered a smile. “There have been rumors of a magnificent sunset from here.”

Her gaze never wavered from his. “And this has nothing to do with exploring the caves to see what ancient secrets we can find?”

Hopefully his surprise didn’t show on his face. “I love a good adventure, do you agree?”

She clapped her hands and bounced as a child would. “I so love exploring what the ancients did.” Catching his hand once more, she drew him toward the cave entrance. “So many of the old ways have been lost, but a few of the ancients are still around, and after the next new moon I will go to learn from one of them.” Metztli rubbed her thumb and forefinger together as they entered the darkness. A moment later a small flame flickered between her fingers.

For a moment, Huemac was awed by her magick but he resented the ease with which she conjured the flame. That was just one more reason to ensure that his people stayed pure and ceased mingling with humans. He stood next to her and surveyed the antechamber.

The low ceilings offered just enough clearance so neither would have to stoop. The rough-hewn walls were covered in lichen and matted spiderwebs.

Metztli cupped the flame within her palms, formed a light the size of a lemon, then lightly tossed the orb in the air. It hung there, illuminating the cavern and the passages at either side. She beamed when she turned to him. “Which way should we go?”

Moctezuma narrowed his eyes and stood, his silver cape billowing behind him. He pushed a stray brown hair from his forehead and adjusted the long-feathered headdress on his head before placing his hand on the hilt of the dagger at his waist.

Tialoc shifted his stance. Xochiti and the rest followed suit. His men were loyal. They believed in free will as much as he did and would do all they could to thwart Emperor God’s scheme.

All he wanted to do was stave off the inevitable, but staring into Moctezuma’s eyes, Tialoc knew words were no longer effective. Something else drove Moctezuma to want to sacrifice the humans. The longer they stared at one another, the more apprehension knotted in Tialoc’s belly.

War was inevitable, but he had to try. To make one last attempt to get the obstinate leader to see reason, to rally whatever compassion the deity still contained.

“We do not take away their free will,” Tialoc argued.

“What’s the point of being a god if we can’t show those puny humans who is really in charge?”

Tialoc stepped forward, and Moctezuma’s guards shifted toward him. He tapped the hilt of his sword and his own men settled in position behind him. Tension stretched and strained. Just one word and Tialoc and his men would overrun the guards before the Emperor could shout for more.

“I will not allow you to destroy humanity for your perverse sense of pleasure. You have destroyed one civilization already. They worshipped you faithfully.”
Moctezuma sneered. “And you plan to stop me? You don’t have the power, let alone the backing.” He snapped his fingers and several men, in full battle armor, filled the room with swords and spheres drawn.

Street Callan wants only one thing from the sultry voluptuous woman in red heels, a night of steamy, unadulterated sex.
Na’arah Simmons has no problem submitting to Street’s seductive allure, since she shares in the attraction.

She inclined her head, but not before he’d seen her pretty pout.

“I think a bunch of fruity drinks will suit them just fine. I’ll have a cranberry juice.” She rested her fingertips on the counter, her nails, painted in the same stunning red as her lipstick, were just the perfect length. He could already imagine the way they’d feel scraping along the muscles of his back.

It was his turn to raise an eyebrow. “Nothing stronger?”

“Designated driver. Thanks.” She pushed off the bar and sashayed away.

Damn, baby girl had a body on her.

“A bib would keep your shirt from getting wet,” Auggie said. Street closed his mouth. “Whatever.”

“The woman’s been stroking your leg for months and you forget her name?” Auggie shook his head. “Real smooth, nephew. Real smooth.”

“Ain’t it time for you to go home to your girlfriend?”

He shrugged. “Ask her. She’s sitting over in the corner with a group of her friends.”

Street swung his gaze to the far corner of the room. Sure enough Na’arah was headed toward them. She stood just in front of younger woman with a sequined gold top.

as she could. The slightly woodsy scent of Street’s after shave still clung to her hand. How could one man smell so good? And he still didn’t recognize her, not that she expected him to, but a small part of her hoped he would.

She sighed. Why should he? She was only there to help ease his pain, nothing more. Somewhere between smoothing her hands over twisted sinew and coarse skin, she’d developed a crush for the brooding bartender. In all the time she’d known him, not once had she seen him smile, until tonight.