Huemac stared at the piece of parchment in his hand. A servant had delivered it some fifteen minutes past. It was a formal invitation to dinner with the royal family. He sneered at the gold-embossed writing. Summoned as if he were a subservient being.

He tossed the invitation aside, having already given his affirmative reply to the servant. With a glance over his shoulder to ensure the door was closed and locked, he glided to a wooden-and-brass chest at the end of his bed. He shoved it aside with a grunt. Next. he grasped the lip of one of the massive stones that made up the floor. Sweat beaded then rolled down his face from the effort.  He hefted the stone with a grinding sound. His muscles quivered, but he set the rock aside in front of the chest. Huemac knelt, then placed his arm in the floor opening all the way up to his shoulder. After a moment of probing the damp, cool space his fingers closed around a bundle of cloth. He pulled the object out, then sat back.

He unrolled the cotton with great care to reveal a dagger in a worn leather sheath. Emeralds, rubies, and opals adorned the gold hilt. He pulled the blade free. The honed metal glinted dully in the light with a dim glow. An ominous moan reverberated around the room. The sound raised the hairs on the back of his neck and set his teeth on edge. It seeped around and through him, drawing him closer to the dagger’s razor-sharp edge. He sheathed it with a snap. The mournful song stopped. He breathed a heavy sigh of relief. He needed to find the incantation that would allow him to control the knife. Without those precious words, he would be as susceptible as the other gods.

Perhaps he would use his dinner invitation to peruse the library once more.

Huemac could not keep his gaze from Metztli over dinner. Even though Moctezuma sat at the head of the table, Huemac could not stop staring. She seemed to have grown more radiant and beautiful since he last saw her. Her dark wavy tresses were pinned in a complicated updo of braids and coils that left her long graceful neck exposed. Her only jewelry was a glittering blood-red ruby choker which sat at the hollow of her throat.

He longed to explore the long column with butterfly kisses and soft bites. Gripping his water goblet a little tighter, he reminded himself that now was not the time to indulge in such lurid thoughts. He brought the glass to his lips and drank. The coolness washing across his tongue helped settle him but did not abate the hardness between his legs.

Huemac coughed in surprise. He made the mistake of glancing directly into Moctezuma’s eyes and once more experienced the sensation of falling. With great effort, he looked away. Had the emperor seen anything?

Moctezuma stared at a point beyond Metztli’s shoulder. “Three days’ time. In the meantime, I have spoken with Xochiti to lighten your duties so that the two of you may be permitted some time here and there.” 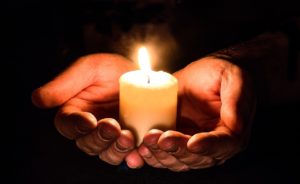 What if time and money were not an issue? This is like asking what would one do if one won the jackpot in the lottery. The possibilities. For me, time isn’t an issue. There’s enough time in the day to do the things needed or which I like to do. However, if I had enough money to do what I wanted . . .

I would travel on a regular basis. at least once a month or every other month to see my family in Michigan.

My family would be provided for, and those who have issues handling finances would have their bills paid and receive a stipend.

Clean up my credit.

But that’s easy and simple. To provide a legacy I would advocate for better services for mental health. This isn’t just a reference to someone dealing with #depression, #anxiety, personality disorders, or the like, but to anyone who needs a mental health break. This could be the family of special needs children, single parents overwhelmed with life, active service members and/or their families dealing with yet another assignment or deployment, children and adults suffering from #PTSD arising from abuse, neglect, bullying, or any other trauma.

I’d also like to provide a safe place for transient or the homeless. In SWFL there is a high population of both.

There’s a church in Columbus, OH, Church for All People, that provides an interesting and unique outreach. It’s more than providing a hot meal. This church has managed to provide clothing, housing. medical services, including medication, as well as food for no cost to those who truly need it. If money and time were no issue, that’s would I would do.

What Had The Demigod Seen? #MFRWhooks

“Once my father found me, I stayed in seclusion with one of the healers and a confidant.” Moctezuma continued as if nothing had happened. “I think that is the real reason my father wishes me to rule. He understands the suffering I’ve experienced and knows I will use my past to help others, to provide a more united front for our people and end the squabbling of who is better.”

Huemac merely nodded. He would eradicate anyone who opposed him—not give peace a chance. Peace didn’t work. History had proven that time and time again. Peace merely prolonged the inevitable takeover by greedy disease-infested interlopers.

Still, he refrained from looking Moctezuma directly in the eye. The exchange had left him surprisingly shaken and he didn’t trust his voice not to quaver and betray his true emotions. Belatedly, he swore again. Metztli had done much of the same thing earlier, hadn’t she? Did the siblings share the same gift or was it just the force of their personalities?

Icy tendrils of fear crawled through his belly. No could know his plans.

“So you understand why this is so important? The last thing I want to do is be the harbinger of war.”

“Truly you do not believe that ancient prophecy?”

Moctezuma raised an elegant shoulder. “Just as the birth of Christ was foretold, so is war.”

Another long moment passed. Huemac was almost certain Moctezuma had seen the plot.

A servant, in a long flowing tunic and pale cotton pants the color of dry sand, hurried across the garden. As soon as he was within three feet of Moctezuma, he dropped to his knees and touched his forehead to the stones in front of the demigod’s feet. “Tecutli—Lord, your presence is needed before the priests.” Though muffled, the servant’s voice was clear and crisp.

The servant did, but remained in a submissive posture, head bowed and hands clasped behind his back.

“Tell the priests I will arrive in due time. I am aware of the hour.”

Ichtaca bowed his head, backed away several paces before turning and leaving the garden.

Moctezuma glanced at the sky. The sun was still high in the cloudless blue sky, but it had passed its zenith. “I must see to my duties, Huemac. Perhaps before the ceremony, we can both shirk our duties for a time and go fishing.”

A real smile touched the corners of Huemac’s mouth. “Perhaps.”

Without another word, Moctezuma left the garden in a puff of green mist.

Huemac stared at the vacant spot with a mixture of contempt and fear. Just what had the demigod seen when he looked into Huemac’s eyes?