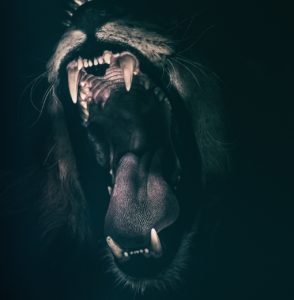 Fear is not an option- is probably one of the best lines from the movie True Lies. After all, does a spy really pee his pants when he sees a gun? Or has a lipstick held under his chin?

There’s some sort of proverb that says courage isn’t about being brave but being brave enough to face one’s fears, or something along those lines. Fear is such a small word, but it can have a huge impact of one’s life and the loves of others. Fear has a way  of turning into bitterness, envy, and hatred. DOn’t believe me, look at history for examples. The Spanish wanted gold. Men feared black men were too affluent and powerful in their homeland, so the foreigners decided to make them less than human. Look at any war and somewhere in there fear plays a role.

Fear of losing something can cause you to hold onto so tightly to what you have that you’re willing to do whatever it takes to hold on to it.

Fear of failure. You’ve heard the stories of some famous writers receiving hundreds of rejections before they finally hit it big. Hershey went bankrupt several times before he became famous, Ben Franklin found hundreds of ways to not make a lightbulb before he finally made a lightbulb. Harriet Tubman ferried dozens of slaves to freedom, Maya Angelou continued to rise and Aretha earned Respect. in an era where there was a color line.

So what would’ve happened if these famous figures allowed their fears to rule hater lives? I shudder to think of the alternatives.

Someone else would step in and we’d still have electricity. freedom. poetry and music or would we?

Fear of failure, I deal with it everyday. One day I’ll say I’m mostly blind. Do you know how disconcerting it is to walk less than a foot from busy traffic  with only a dog as a guide? Or to walk in an unknown space with only a stick to navigate whatever obstacles may lay in wait? Or perhaps the unthinkable happens and you’re hit by a car while walking home from the gym.  Or Maybe things didn’t go well with a relationship and now what, never look for love again?

Many times we miss out on blessings because we’re so wrapped up in fear. Some fear is healthy like sticking your hand in the fire or choosing to park beneath a light in a parking lot if you’re alone, not walking down a dark alley in an unknown neighborhood. Or my personal favorite hiding in the bathroom when the monster is coming for you. Um don’t hide go outside and get amongst some people.  Sorry, I digress.

If we allow fear to rule our lives we’d never know what it’s like to overcome, to be great, to be courageous. To love. Fear is just another way to give up and not try again. I face my fears everyday and I’m better for it. Can you say the same?

Fear is not an option.

3 thoughts on “Fear or failure? #MFRWauthor”