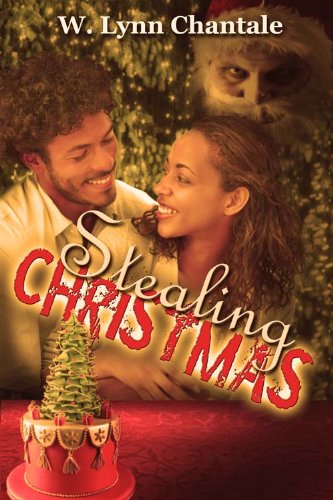 She stopped short. Of all the vehicles parked behind the bakery, hers was the only one with a sheet of paper fluttering beneath the wiper blade. Fear danced along Sara Henderson’s nerve endings, shooting her pulse into overdrive as she trudged toward her blue 300C. Would this be another threat? And did these mysterious notes have anything to do with why Jerry died?

Seven weeks had passed since her boss, Jerry Benson, was murdered—apparently he interrupted a robbery attempt at the bakery. Sadness stole through her. Upon his passing, he left Sara fifty percent interest in the business, and the other half went to his grandson Jake. The police, as of yet, had no leads and everyone at the bakery was on edge.

A crisp, wintry wind buffeted her face and she tugged the collar of her coat a little tighter in the somber morning light. Please let it be a flyer. Footsteps echoed from behind her. She whirled and scanned the shadows, straining to glimpse any movement. A soft ho-ho-ho murmured on the wind. The knot in her stomach coiled tighter.

She should return to the bakery. Forget about her purse in the car and the paper on her windshield. Dark ink zigzagged across the glass, leaving an ominous stain on the thick layer of ice. She cast a nervous look around. This was just like the last time, right after Jerry’s funeral. Some crazy person dressed like an elf had mugged her.

Another wary glance around the area reminded her of her vulnerability. She blew out a breath. Get the purse get the note. Actually she could ignore the paper, if a brisk breeze didn’t flap the page with noisy persistence. Squaring her shoulders, she unlocked the trunk.

Sara grabbed her purse from the back of the trunk and slammed the lid. The constant flutter was a reminder that she still had to read this one, regardless of her apprehension. She stalked to the front of the car and snatched the flyer from the windshield. With trembling fingers, she smoothed the page. Footsteps echoed loudly in the alley. She held her breath and glanced over her shoulder.

Nothing. A shaky breath misted from between her lips in the frigid air. Time to get inside. She turned and screamed.