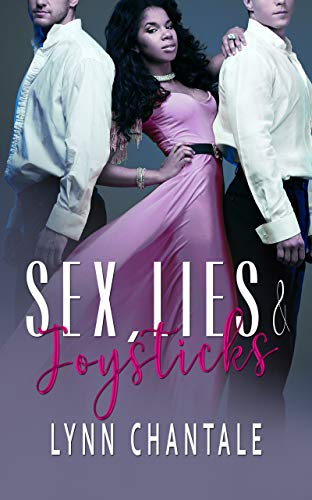 Lincoln drummed his fingers on the scarred wood table of the booth. Whatever Selena had to say, she would say it tonight. He lifted the tan ceramic mug of coffee to his lips and sipped the now lukewarm brew.

The bell above the diner door jangled, and Lincoln focused his attention on the newcomer. Average height, dark-brown skin almost the color of soot, and rust-colored hair. She could’ve been beautiful, but too much smoking and partying had hardened her features. The woman was thick and curvy, with full lips and brown eyes. In another time and place, desire would’ve flooded him. Now he felt nothing.

What he ever saw in Selena other than a piece of ass, he couldn’t say. He remembered what it was—he’d been lonely. Randa had been extremely hurt over learning he’d been unfaithful and her subsequent miscarriage. So that left Selena.

Selena was the live-in health aide who had assisted his wife after her surgery nearly six years ago. Since he couldn’t be the one to provide his wife comfort and companionship, he turned to Selena, who was more than happy to fill the void.

She offered him a tight smile as she approached. He didn’t return the gesture.

“What did you need to see me about?” he asked once she sat. The server approached, and he waved the waitress away.

“I don’t even get a hello?” Selena batted her lashes at him.

“Or a glass of water. Now what was so important you couldn’t tell me in a text?”

She huffed, slouched in her seat, and reached in her pants pocket and placed a crumpled piece of paper on the table. “I thought the news would be better in person.”

Lincoln scooted to the edge of the seat, ready to leave. He didn’t have time to play games with her, not after the wonderful afternoon he’d spent with his wife and the evening he still had planned.

“No. Wait. Please.” The desperation and plea held him more than her hand on his wrist. “I’m sorry. You still twist me all in knots, and I can’t have you.”

“Well, here’s a piece of news I know your wife will appreciate. I’m dying.” Tears leaked from the corners of her eyes and rolled down her cheeks. “I swear, I’m telling the truth. I’ve the doctor’s report and everything.” She tapped the paper.

He stared at her, then the page beneath her finger. Surely he hadn’t heard her correctly, but there it was in black and white. Dying? Probably what bothered him most was that he felt nothing. This could be another one of her ploys to work her way back in his life. It wouldn’t be the first time. She’d tried something similar after she realized he wasn’t going to leave Randa for her. Selena went so far as to inject herself with medication that would mimic the symptoms of a chemo patient.

By then, he and Randa were working things out and had come to an agreement to open their marriage, Selena being the first. Her jealousies and undermining Randa’s confidence nearly toppled the tentative bond he and Randa had forged. Randa meant everything to him, and he wasn’t going to let another female destroy what they were building.

Lincoln was so stuck on the first part of Selena’s news he nearly missed the second, more important piece. He focused on her.

She sat back with a smug twist of her lips. “I said you have a daughter.”

Anger surged through him. There was no way in hell any of the words she had just spoken were true. He jumped from his seat, tossed some bills on the table, and then jerked her from the booth. Ignoring the stares of the other patrons, Lincoln marched Selena from the diner.

Once they hit the crisp air, heavy with rain, he shoved her against the rough exterior of the building. Eyes wide with fear, she stared up at him. He placed a hand at her throat.

“I’d kill you myself if I thought I could get away with it. Give me one reason why I shouldn’t walk away from you.”

“Because I wanted to hurt you the way you hurt me.” She held up a small envelope, the paper shaking so hard it rattled.

He snatched it from her and stepped away. He ripped it open and pulled out the birth certificate. His name was listed as the father. This still wasn’t enough proof. “And how do I know this is legit and not something you forged?”

She slid down the wall and sat on the asphalt. “You’re the only man I was involved with at that time.” She dropped her head in her hands. “I just need to know my kid will be taken care of after I’m gone.”

Shaking his head, he walked away.

“Please, Lincoln. I have to know.”

3 thoughts on “Sex, Lies, and Joysticks by Lynn Chantale”